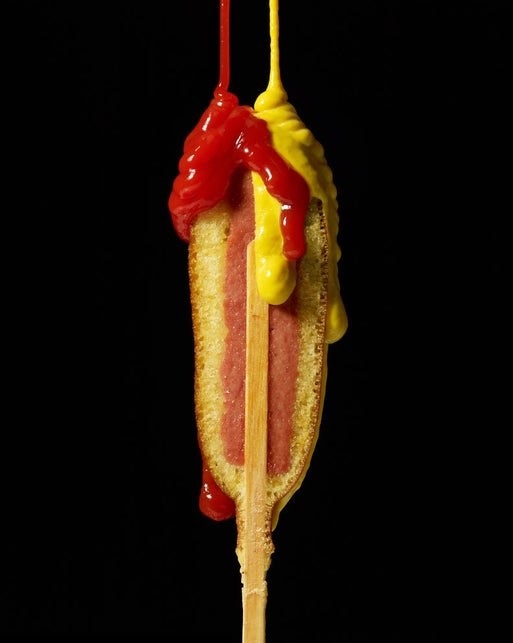 In the first game in franchise history the Corny Dogs knocked off the reigning champion Greenberg’s Tin Caps 15-6. The two teams exchanged zeroes in the first inning before the Dogs busted out for six runs in the top of the second to take the early lead. Doubles by captains Nick Barr and Cesar Garza led the way with shortstop Taylor Abrego capping the inning off with a big two run double. Pitcher Brad Parr kept the Tin Caps lineup in check as the Corny Dogs were able to tack on three-spot in each of the next two innings. Tommy Apligian and Tony Macaluso chipping in with doubles. Abrego would homer and Ozzie Zurita added a single to complete perfect games at the plate as the Corny Dogs finished off Caps for the win.

Game 2:
Facing the fellow rookie captained Rodriguez’ Aguilas in game two the Corny Dogs battled from an early deficit before falling 12-10. A pair of Aguilas home runs from first baseman Max Henry left the Dogs trailing 6-1 headed into the bottom of the third inning, the Dogs battled back with 4 runs in the inning. Abrego started the two out rally with a walk followed by a Miguel Duron double and Parr single. Barr then homered to get the Corny Dogs within a run. After holding the visitors scoreless in the top of the frame the momentum continued Mitch Klaassen started the inning strong with a lead off double, Garza and Matt Roth each singled to flip the lineup. Lead off hitter Jake Runey also singled, setting the table for Abrego’s 3-RBI double to put the softball team on a stick™ up 10-6. A big six run inning from the Aguilas left the Dogs trailing by two with no time remaining. Aguilas outfielder Aaron Holmes made a fantastic running catch to seal the victory for the visitors.

Corny Dogs will look to bounce back next week with big games against the Dragons and Blue Rocks.