Legends get denied in Norfolk ….Drop both in season opener 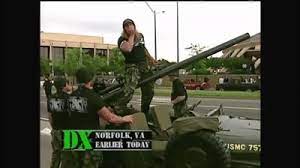 Opening Day, with the Andre the Giant Memorial Trophy on the line and the Debuts of the Padres Swag Chain (Coach Brooke ??) and the Legends (DX) Swag Title Belt, The Legends and Padres kick off the Fall season Battle Royale style.

Legends take the field first, only to see the Padres put up 5 on the board immediately. Legends lead off the bottom half of the first with the “Junk Yard Dog” Greg Hurst (whom rolled up the most LEGENDARY ‘Stache of ALL TIME), singled to right and was brought home on a liner double by Chris “Jericho” Stutz. Super Sub Matt Wray sends a screamer to the outfield only to Jericho to 3rd but hustles out a double of his own.  “Macho Man” Clint Hathcock put the “Oh YEah” in a long fly ball, far enough to score Jericho and send Wray to 3rd. Razor Ramon Joe Machado hits into a FC but hustles out for a chance to add another run. “Arn Anderson” Tony Martin helps add to the deficit with a double to score Razor. Legends only muster up 3. The Padres add another 3 in the top of frame 2. Legends fight right back with back to back hits from Doug “Lance” Storm and the Honky Tonk Man Garreth Johnson. “Sheamus” Jimie Simeone hit into a fielder's choice but sets up Ray “The Anvil” Hebbeler to drive a run in and Big Bossman Chris Coffman to follow up with a single of his own. After 3 back and forth innings, the Padres kept tacting on as Legends would try to counter with a walk by “Shawn Michael(s) Thiele who would  score on an RBI Single from Sheamus Simeone, however just wasn't enough. Winner of the Battle Royale: Prim’s Padres. FINAL SCORE Padres 18, Legends 9

Superstars of the Game

After a tough opening loss, Legends try to shake it off only to find themselves staring at Brock Lesnar (Storm Chasers) square in the face. Legends took the roll of John Cena at Summerslam 2014 as Brock took us straight to Suplex City. It was over quick as we got a total of 16 suplex’s as the Storm Chasers routed the Legends 16-1 and never gave them a chance to take a breath.

Superstars of the Game

LEGENDS Impact Players of the Week

Honorable Mention: Greg Hurst 3-5 (2 singles, double, RBI, 2 RS) but it was the KILLER ‘Stache with all the attention