Aguilas Shot out of Cannons... land on Death Star!

The Aguilas started this game making sure the Cannon Ballers had ZERO gunpowder in the 1st Inning – “They went nowhere captain”! Aguilas came up at the bottom of the first as they have all season long- fast start and putting a 5 bomb in the first inning setting the stage for what was to come? Top of the 2nd, The daredevils with shining helmets took a field trip to the museum at spirit park where sheer will made the mat move ever so slightly as Baller after Baller took a walk down to 1st base. The Aguila Captain couldn’t buy a strike! After making a deal with the mat, the cannon ballers finally got something to hit and gave the Aguilas an opportunity to get some outs to stop the bleeding at 7 runs. Bottom of the second inning and the Aguilas bottom went semi quietly still flipping the lineup and challenging the Ballers with 3 more runs taking an 8-7 lead. So, here’s where the Aguilas go from Fierce eagles to hibernation mid game laying goose egg after goose egg. Shutout from scoring any further as these cannon ballers found their cannon fodder and shot through the stars! Sprinkles and fireworks folks! Cannon ballers take this one: 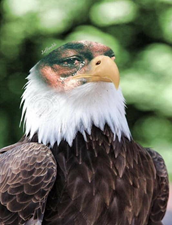 Let it be known, Aguilas are majestic creatures, humble and powerful. Never count them out and more so after losing to helmet heads. As previously stated the Aguilas started this one fast and with relentless attacking in the top of the first plating 4 runs. The 66ers came up with a run-in response during the bottom of the 1st. AGAIN in the 2nd Aguilas plate 4 more as these birds flocked and surrounded these renegades establishing a commanding 8-1 lead going into the bottom of the 3rd. The 66ers put some strategic dark plan together to pull 2 more runs making it 8-3. Locked in a Chewbacca debate for the next two inning the Aguilas send a telegram with waffles and 3 more runs giving the 66ers a 11-3 deficit to work with coming into their final opportunity. Reaching into their computers and pulling the same plan as the 3rd inning the 66ers rounded up 2 more runs but the Aguilas plugged the plug and this death star’s light was put out. Now the Aguilas sit on it, claiming it, as a giant Egg. 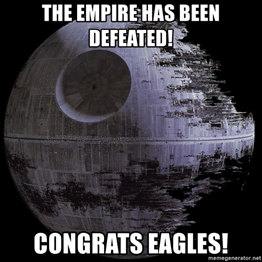